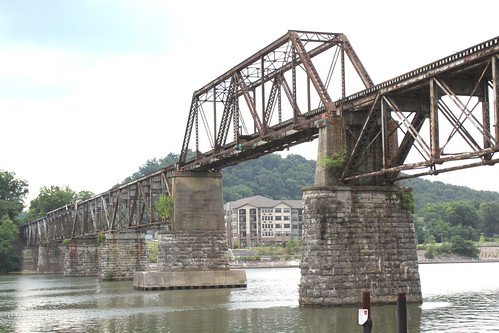 Located in downtown Knoxville, this railroad bridge now used by Norfolk Southern has elements dating back to the Civil War, but has been rebuilt several times.

The stone piers and approaches are the oldest element of the bridge, dating back to the 1850s. Wooden spans were completed in 1867. In 1903, wooden spans were replaced with a steel trestle. It underwent a major rebuild in 1940. A tugboat hit one of the piers in 1993 and that pier was fortified. The center span of the bridge is a Pratt through truss and the other segments are Warren deck trusses.