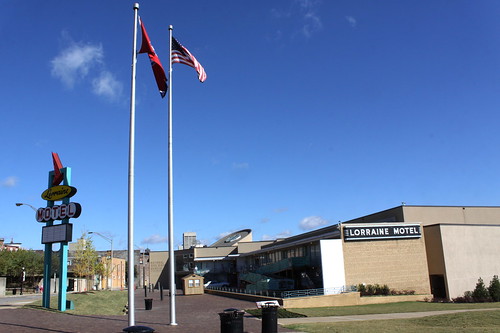 Walter Bailey purchased the Windsor Hotel in 1945 and renamed it the Lorraine Motel. Located close the the center of Memphis, during the days of segregation the motel catered to an upscale black clientele.

Posted by BrentKMoore at 5:17 PM No comments:

The Spring St. Super Marker in Cookeville, TN has a nice progressing arrow on their neon sign. On the inside of the mom and pop grocery store, they have what looks like an old animatronic display of three bears playing country music. I'm not sure if the bears ever worked, but the music still plays.

Posted by BrentKMoore at 3:40 PM No comments: