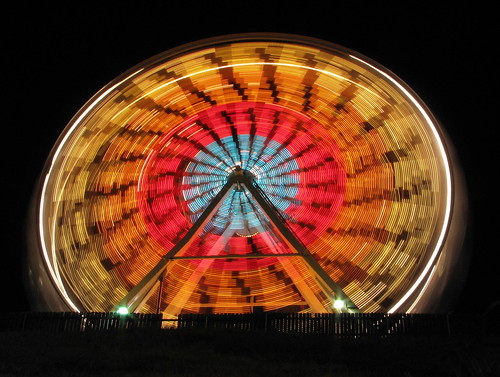 The 2015 Tennessee State Fair is going on now. Here is a picture of the Ferris Wheel in 2010. The Wheel was overlooking the parking lot, so I was able to look up to see it.
Posted by BrentKMoore at 8:00 AM No comments: 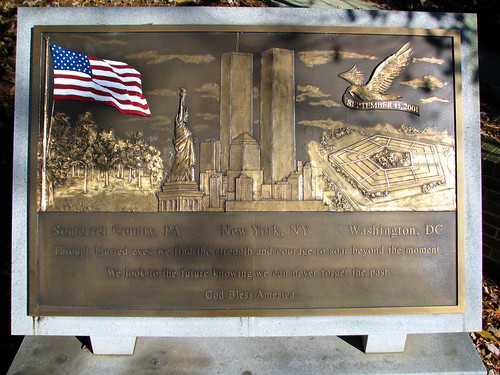 Through blurred eyes we find the strength and courage to soar beyond the moment.

We look to the future knowing we can never forget the past.

God Bless America
Posted by BrentKMoore at 8:00 AM No comments: 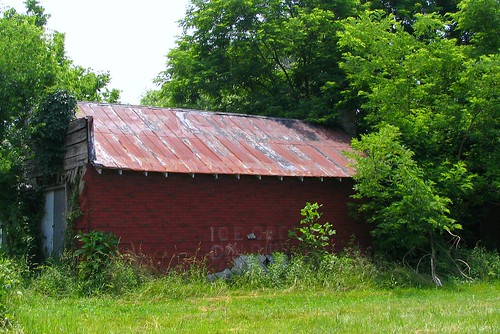 This looks to be an old convenience store that that was painted as part of the Rock City barn-painting advertising program. This is in Pulaski Co., KY just north of the town of Science Hill on Highway KY 1247. (the nearest cross-street is Etna road if you try to find it on a map).

KY1247 is also the old U.S. 27. Back in the day, anyone travelling south from Lexington or Cincinnati going to Chattanooga or deeper south would pass by this store, which obviously hasn't been open in years.

This store is becoming "reclaimed by nature." You can see that the walls of the building are red brick and on the side facing the camera, is an old spray-painted message of "Ice Cream" and "Cold Drinks." Below those words, where the building looks gray, is a place where the bricks have fallen off and you can see some of the wood frame. The front of the store facing the street is on the left.
Posted by BrentKMoore at 7:00 AM No comments: 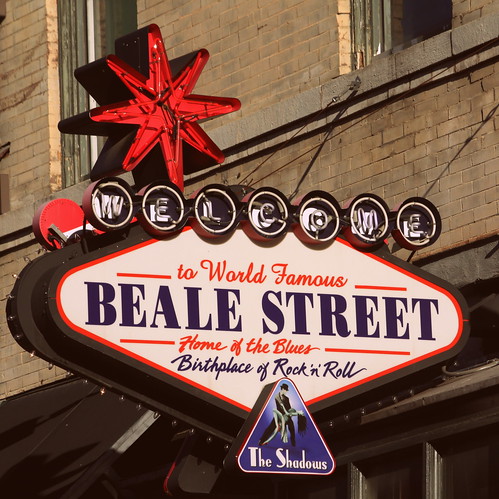 Welcome to World Famous Beale Street, Home of the Blues, Birthplace of Rock 'n' Roll. The establishment that uses the iconic sign is The Shadows.

Would you like to see more photos from Beale street? Check out the Beale Street gallery
Posted by BrentKMoore at 7:00 AM No comments: 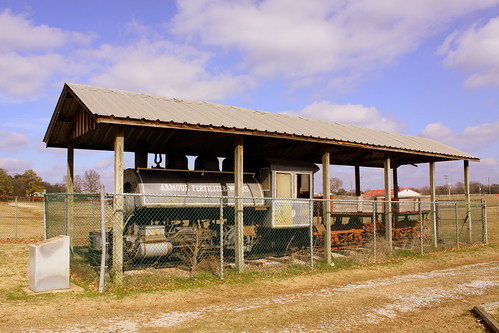 Armour Fertilizer Works was a phosphate mining & processing company that flourished in Maury County in the early part of the last century. This 36" Narrow Guage 0-4-0T was built in 1927 by Vulcan Iron Works of Wilkes-Barre, PA. It was moved here at Maury County Park in Columbia in 1988 for the 100th anniversary of the local Phosphate Industry. The locomotive has been nicknamed the Louis J. Finney Special in honor of the local civil leader who was part of the county's park commission.
Posted by BrentKMoore at 7:00 AM 1 comment: 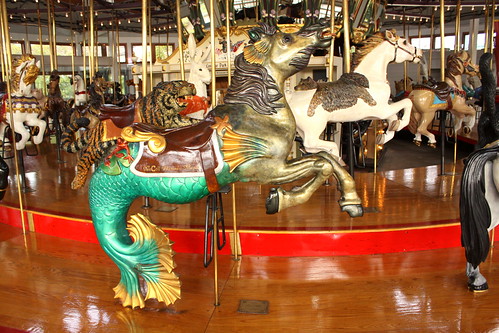 This is seen at the Coolidge Park Carousel along the riverfront near downtown Chattanooga. For this carousel, they took a 115+ year old Detzel frame carousel and built 52 whimsical new seats for it. Each seat was well crafted with great attention to detail. Much of the work was done by Bud Ellis at Horsing Around studio with a team of talented craftspeople. The "Friends of the Carousel" spent 10 years on their labor of love meticulously transforming the old carousel remains which had been in storage for many years.

I have many more photos of this carousel at this gallery:
seemidtn.com/gallery/index.php?album=chattanooga%2Fcoolid...
Posted by BrentKMoore at 7:00 AM No comments: 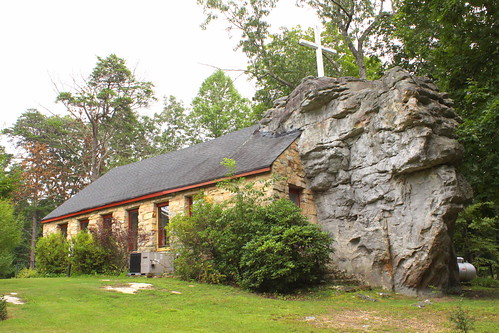 Atop Lookout Mountain near Mentone, AL is a place where someone literally followed the passage in the gospel of Matthew, "Upon this rock I will build my church."

Col. Milford Howard was born in 1862. In 1894, he was elected to the US House of Representatives from Alabama after writing a book entitled "If Christ Came to Congress." By 1908, he ran for President but failed to win the nomination of the Independence Party.

in 1923, Howard moved to Hollywood where he produced, wrote and starred in a movie called "The Bishop of the Ozarks." Soon after the film was released, Milford's wife Sallie died. At the Los Angeles cemetery where she was buried, he was inspired by their chapel. After a brief second marriage and writing a book praising Fascism, he searched his vast Lookout Mountain property to find a rock he could build a church around.

In the spring on 1937, construction began on the rustic church building that has a giant boulder at the pulpit. A quote from Sallie has been etched into a support beam, "God Has All Ways Been As Good To Me As I Would Let Him Be." The church was dedicated June 27, 1937. Milford died a few months later and his wish was for his ashes to be placed inside the rock. 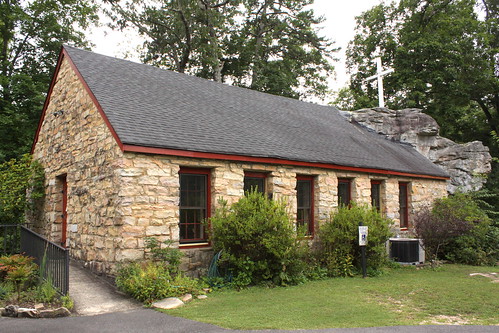 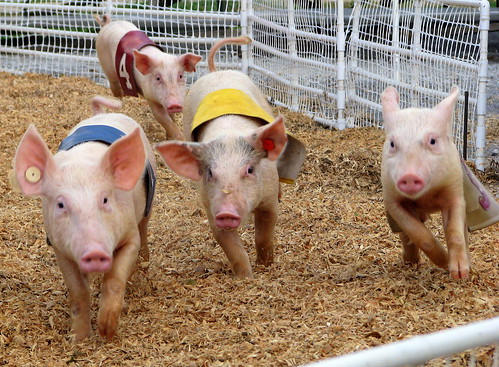 The 2015 Tennessee State Fair is only a week away!
Posted by BrentKMoore at 8:00 AM No comments: 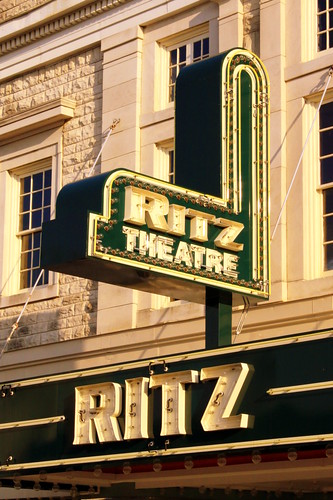 The Ritz Theater dates back to 1927 back as a silent movie theater. It was redesigned in an Art Deco theme in the 1930 to accommodate films with sound.

In 1985, the theater was purchased by the Tennessee Valley Art Association who restored the theater back to its Art Deco look. The neon sign is a replica of the original and was added in 2009.
Posted by BrentKMoore at 7:00 AM No comments: 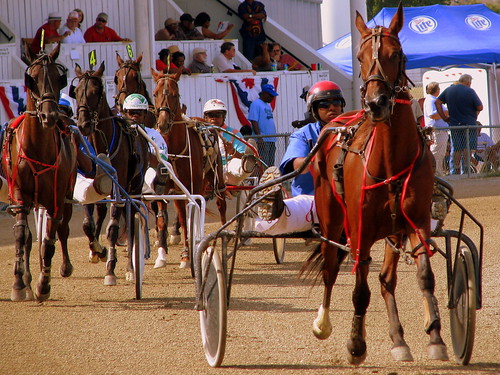 The Lincoln County Fair is the only event in Tennessee where you can see harness racing. If you've never seen harness racing before, the big difference between this and the more common thoroughbred racing is the horse is harnessed to a two-wheeled cart (or sulky) carrying the driver. This event is under the oversight of the U.S. Trotting Association.

I picked 10 of my favorite harness racing photos to put on flickr. You can see that set here:
www.flickr.com/photos/brent_nashville/tags/2010harnessrac...

If you'd like to see more, I've got another 90 photos on my website here:
seemidtn.com/gallery/index.php?album=lincoln-county/2010-...
Posted by BrentKMoore at 7:00 AM No comments: 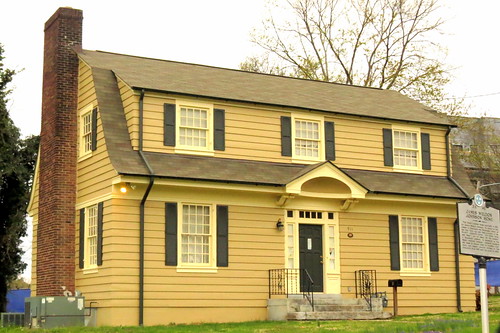 This home is located on D.B.Todd Blvd just down the road from Fisk University. The home is listed on the National Register of Historic Places as part of the Fisk University Historic District. According to the historic marker:

This Dutch Colonial house was built in 1931 for James Weldon Johnson. He served as U.S. Consul to Venezuela and Nicaragua, editor of the New York Age, and field secretary of the NAACP. Johnson's poem, "Lift Every Voice and Sing," set to music by his brother, J. Rosamond Johnson, is renowned as the Negro National Anthem. Johnson occupied the Adam K. Spence Chair of Creative Literature and taught creative writing at Fisk University from 1931 until his death in 1938.
Posted by BrentKMoore at 7:00 AM No comments: 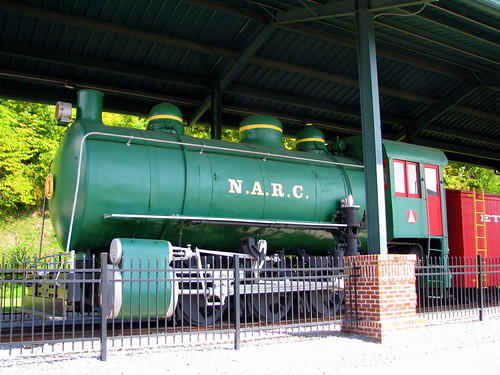 I suppose the distinction of "The last steam train in use in America" can be up for debate, but it's the claim of this Historic Marker. This steam locomotive was used by North America Rayon from 1936-1992. North American switched its plant in with fireless 0-6-0F #1 until some time in 1992. #1 was a well-known fireless steamer, which interchanged regularly with steam engines from connecting East Tennessee & Western North Carolina RR until they dropped the fires in 1967. After that, #1 continued toiling away in the plant, until an anonymous date in 1992.

This steam train is located in Elizabethton, TN next door to their visitors welcome center along US19E & US321. Here's what this locomotive looked like while in use: www.steamlocomotive.com/colored/narc1.jpg
Posted by BrentKMoore at 7:00 AM No comments: