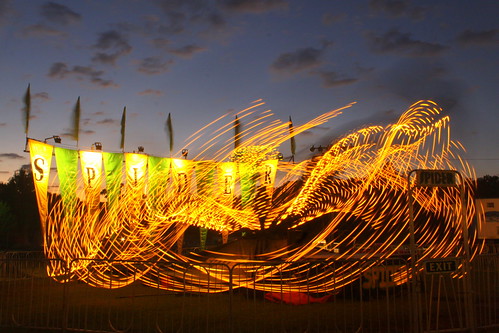 Along the midway, the spider ride is a smaller fun thrill ride that spins people around as they bounce up and down. This is a blurred motion long exposure photo taken at dusk.
Posted by BrentKMoore at 7:00 AM No comments: 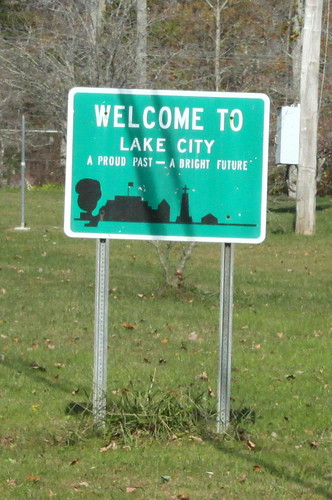 The powers that be in the small Anderson County town of Lake City, TN have decided to change their name to Rocky Top, TN. The thinking is that by having the name Rocky Top, they could be a new tourist destination with museums, theme parks and gift shops galore in the town that's just a county away from Knoxville.

There's one snag in their plan: The copyright holder to the song "Rocky Top" filed an injunction to have the name not available to the city. Yesterday, the judge in the case ruled that the copyright holders couldn't demonstrate how their copyright is being violated with a town's name change. Here's the whole story: www.wate.com/story/25633342/injunction-to-keep-lake-city-...

I expect the next time I'm driving US25W through the area that there will be a new sign for the town.
Posted by BrentKMoore at 9:00 AM No comments: 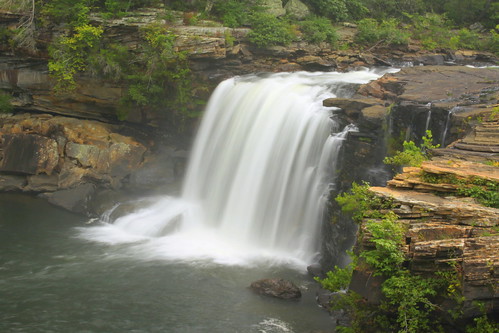 The most common way to view the waterfall is at the main entrance off of highway AL35 southwest of Ft. Payne. The highway bridge crosses the river not too far behind the waterfall. From the parking lot, it's less than a five minute stroll along a boardwalk to get to the most popular view. On my previous visit in 2006, people would go beyond the end of the boardwalk and walk all around the top of the falls, but signs say this is now prohibited.

There's a second view of the falls from an overlook a little over 1000 feet downstream. This view is at an observation deck accessible from the Little River Canyon Rim Parkway (AL176).
Posted by BrentKMoore at 7:00 AM No comments: 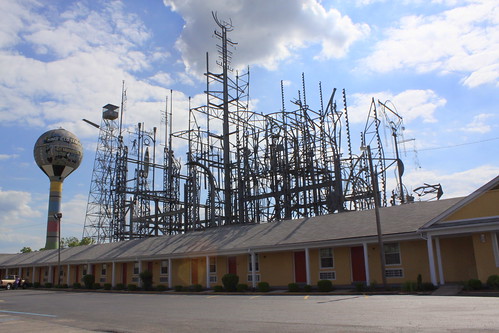 One of the most surreal but expansive work of art I have ever come across is in the small Tennessee town of Brownsville. This metal behemoth is the work of one man, Billy Tripp and he has named it his Mindfield.

The Mindfield is located in a narrow but deep strip of land between the Sunrise Inn and a strip mall along Main St. (old US70/79), just a couple of blocks east of the town square. Started in 1989, he plans on adding to it until the day he dies. He is always on the lookout for scrap metal, such as the abandoned water tower he found once when he was on a trip. If you visit, you might get lucky and find a free copy of his book The Mindfield Years, Vol. 1 which is a stream-of-consciousness for 725 pages which he describes as a difficult read.

There's a whole lot more I'd like to say but these sites say it better:
The Official site
Roadside America's writeup
I have a coworker who came from Brownsville, and she thought it was cool how it brings attention to the city.
Posted by BrentKMoore at 7:00 AM No comments: 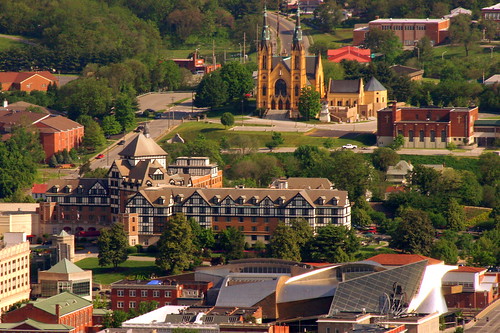 In Roanoke, the best view of the city is provided at Mill Mountain, where you can also walk around the base of the Roanoke Star. From the observation deck, I brought out my best telephoto lens to zoom in on downtown. St. Andrews Catholic Church is the gothic church building at the top. The historic Hotel Roanoke is the widest building in the middle. Across the bottom, you can see glimpses of the old N&W passenger station, the Taubman Museum of Art and the old Market Square building.
Posted by BrentKMoore at 7:00 AM No comments: 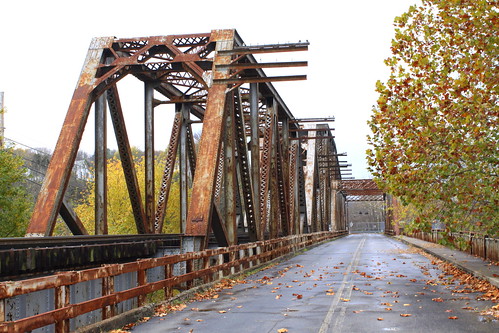 In the West side of the Historic Downtown Frankfort area are a pair of old bridges next to each other and crossing the Kentucky River.

On the left is the Kentucky River Railroad Bridge. It was built in 1929 by the American Bridge Company with a Pennsylvania Through Truss. It is still in use by RJ Corman Railroad, but back then it would have been used by L&N.

On the right is the Broadway Bridge (and was at one time called the Blue Bridge, although it's rusty and not blue anymore.) It is a Baltimore Petit through truss bridge built in 1910. Automobile Traffic has been closed on this bridge for a long time as a newer bridge has replaced it to the north. It was still open for pedestrian travel for a while, but with it rated with a superstructure having imminent failure, the bridge is now fenced off.
Posted by BrentKMoore at 8:25 PM No comments: 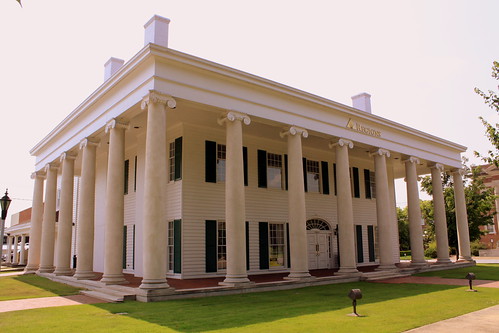 Yesterday, I posted the remains of the original Forks of Cypress. Thanks to the people of Regions Bank, we can get an idea what that mansion would have looked like. The replica is located in downtown Florence.
Posted by BrentKMoore at 7:00 AM No comments: 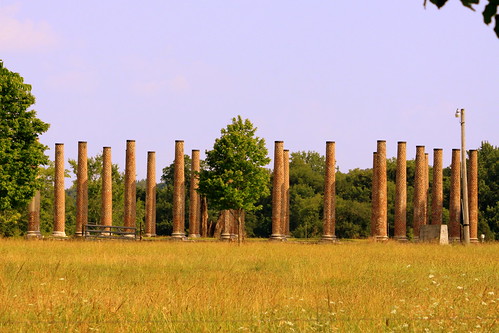 Forks of Cypress was a Greek Revival plantation house near Florence in Lauderdale County, Alabama. It was designed by architect William Nichols for James Jackson and his wife, Sally Moore Jackson. Construction was completed in 1830. It was the only Greek Revival house in Alabama to feature a two-story colonnade around the entire house, composed of twenty-four Ionic columns. The name was derived from the fact that Big Cypress Creek and Little Cypress Creek border the plantation and converge near the site of the main house. Although the main house was destroyed by fire on June 6, 1966 (6/6/66), the site was placed on the Alabama Register of Landmarks and Heritage on April 14, 1992 and the National Register of Historic Places on October 10, 1997.

What makes it unusual to an unknowing passerby is a field with a bunch of columns in a rectangle. When the home caught fire, the entire mansion burned down, leaving the columns as a perimeter. According to legend, since Jackson raised horses, the columns had fire-retardant ground horsehair as an ingredient.

Before making my visit, I did not realize that the remaining columns were on private property and you can't get closer than a view like this from the road. Some people, such as a couple of my flickr friends, have gotten advance permission to get a closer view. Even if you can't get close to the original, you can get up close to a replica. 5 miles away in downtown Florence is a replica which was built to be used as a Regions Bank branch.

Another nearby site of local lore was recently demolished. The "Ghost Bridge" was the home to many local legends and on the original plantation property. For more info, look here:
bridgehunter.com/al/lauderdale/61/
Posted by BrentKMoore at 7:00 AM No comments: 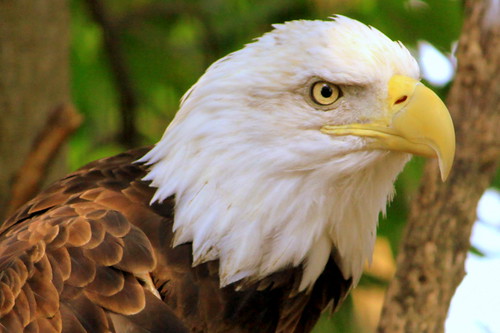 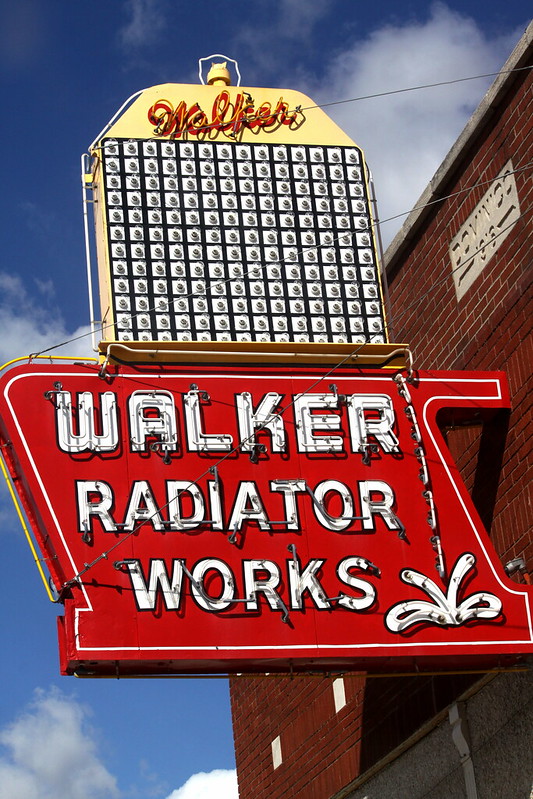 Here's one neon sign that is simply fantastic. On my recent trip to Memphis, I wanted to find it although I didn't know where it was. I'm glad I found it right around the corner from the Sun studio. The sign still works and the company is still in business. At night, all of the lights act like chaser lights, like an arrow going through the radiator. The radiator has even sprung a neon leak! Based on some other recent photos I've seen, it looks like it got a nice fresh paint job in the last year or so.
Posted by BrentKMoore at 7:00 AM No comments:

The Full Moon Rises over the Cumberland Plateau 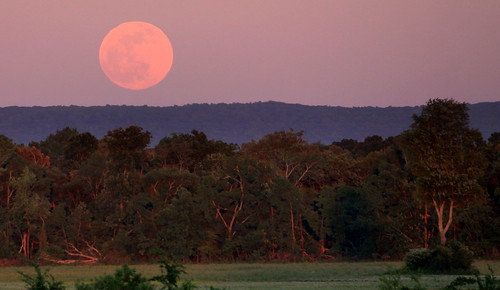 Every once in a while, you see something that you've never seen before and wonder if it's really that rare.

For those of you that don't know your astronomy, the moon is full when it's on the other side of the Earth from the Sun. So, when we get close to the longest day of the year, both the sun and the full moon can be in the sky at the same time, but on different sides of the sky. The setting sun produces a warm glow at a time of day we photographers call the Golden Hour. On a clear day at dusk, the sky can be a color that I can only think to describe as "Mixed Berry Yogurt."

I was driving along the backroads of Middle Tennessee somewhere in Warren County close to dusk when there was a break in the trees surrounding the street. That's when I saw this unexpected sight, and maybe it was something I'd never seen before. People always say the moon looks bigger when it's near the horizon compared to when it's directly overhead, but it's really an optical illusion. Of course you can make the moon look even bigger when you use your longest zoom lens and then crop the photo, too.
Posted by BrentKMoore at 7:00 AM No comments: 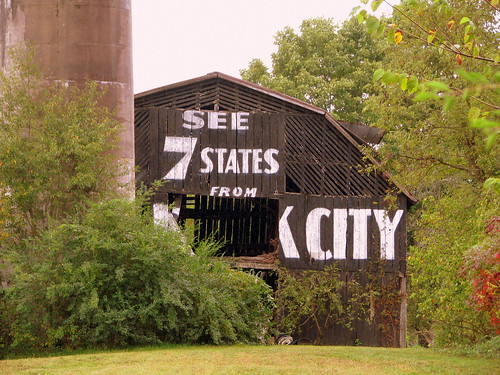 Here is an easily missed Rock City Barn located in Hawkins County just outside of Rogersville, TN. The barn used to be seen by southbound travelers along US11W, but now the two lane divided highway passes to the side of town. I have photographed this barn on two separate occasions and each time I missed the turn for main street because there was no sign, so I had to u-turn to get back to it. This barn with its imposing silo belongs to the Kersey family.

This brings my total to 82 different Rock City Barns I have photographed and uploaded to Flickr in my Rock City Barns set. People often ask me how I've found so many of them. I have drawn from many resources such as books and web sites and sometimes luck, but there's not really one "go to" place to find them all. Well, now on my website, I have tried to create a one stop source for the locations of all of the barns I've been to. On my Map of Rock City Barns page, I have plotted each barn on a Google Map.
Posted by BrentKMoore at 7:00 AM No comments: 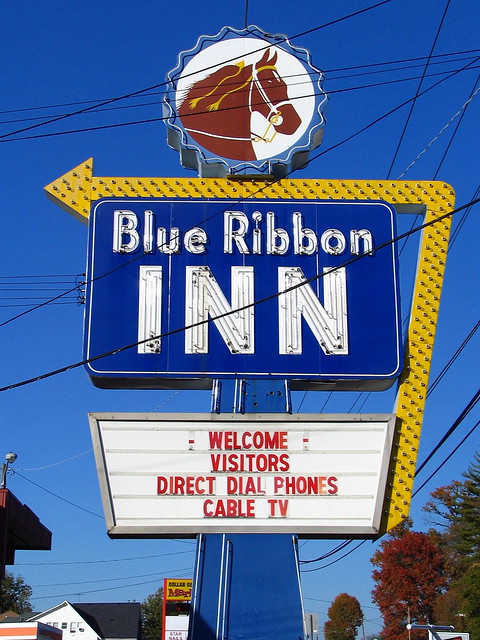 Shelbyville is the home of the Tennessee Walking Horse National Celebration. (also is the home of lots of power lines, apparently)
Posted by BrentKMoore at 7:00 AM No comments: