8 New listings on the National Register of Historic Places - Dec. 2019

There are 8 new Tennessee listings on the National Register of Historic Places, including the two places pictured below. Text is from the press release 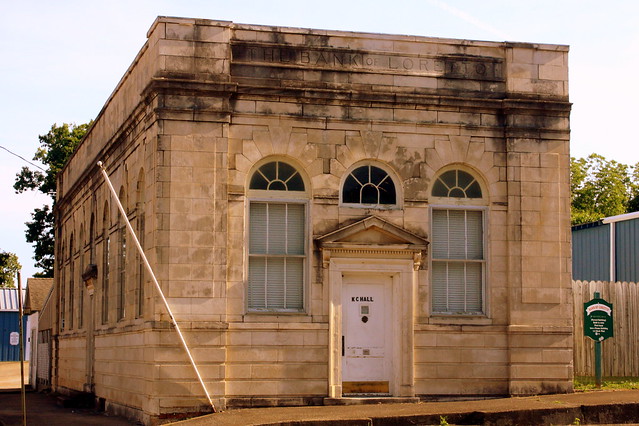 The Bank of Loretto was chartered in 1910 and after the original bank building burned circa 1924, the current building was constructed. C.K Colley and Company Architects from Nashville were the architects of the building. Colley practiced from 1899 to 1956, but the C.K. Colley and Company was only in operation from 1922-1928. Local lumber company Augustin Lumber, established in 1900, built the new bank building. The Classical Revival style bank is sheathed in stone veneer and distinguished by its symmetrical façade and pedimented entrance. Semi-circular arched windows flank the single-door entrance. The interior retains historic flooring and skylights. The Bank of Loretto moved to a larger building in 1967 and the building is now used as a restaurant. 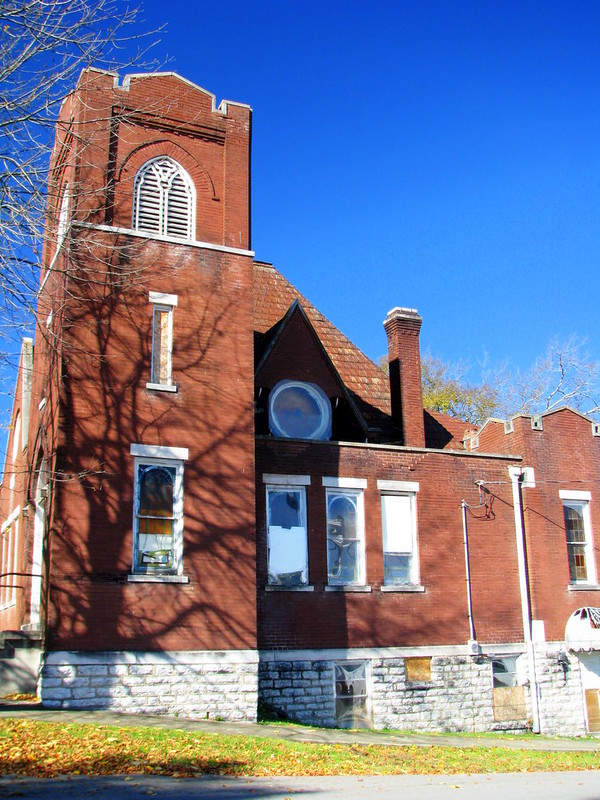 Better known today as the Water Street Abbey, the historic church building was constructed in 1910 for the Presbyterian Church, U.S.A. Rev. E. L. Orr drew plans and made suggestions for the structure, but the actual architect is unknown. The first services in the new sanctuary were held on January 11, 1911. Situated at the corner of Water Street and 3rd Avenue in Lewisburg, it is a prominent example of the Late Gothic Revival style. The exterior of the brick building features a corner bell tower delineated by Gothic arch openings with y-tracery, a steep pitch roof, and large windows. The interior retains its Akron plan, with moveable doors that allow for classroom spaces or a larger sanctuary when needed. When the Presbyterian Church, U.S.A. disbanded in 1939, the building was purchased by the Water Street Church of Christ, who held services here until 1967. In 2007 the current owners purchased the building and plan to rehabilitate it for an event venue.

The list also includes a boundary increase for the Jonesborough Historic District and the world's largest bomb shelter which is in a gated community in Memphis.

See the entire list here.
Posted by BrentKMoore at 8:30 AM No comments:

Some of these signs are quite new while many of these signs are historic and have been around for decades. Some of these signs don't exist any more, but the photos were all taken since 2005. There are many famous signs here such as the Ernest Tubb Record Shop, Donut Den, Loveless Cafe, Drake Motel, Becker's Bakery, Beaman Motors, Elliston Place Soda Shop, L&C Tower, Purity Milk, Tootsie's and Tennessee Central Railway.
Posted by BrentKMoore at 12:32 AM No comments:

Here is a waterfall in East Tennessee which is easy to walk to, but you have to drive into the middle of nowhere to find it.

I started in Middlesboro, KY and drove highway 186 west from town. After it crosses the Tennessee border, it becomes highway TN132. About two to three miles south of the state line, you'll be able to see the waterfall on the east side of the road and there will be a gravel parking pull-off.
Posted by BrentKMoore at 11:47 PM No comments:

In the news: iconic Grand Guitar building is demolished 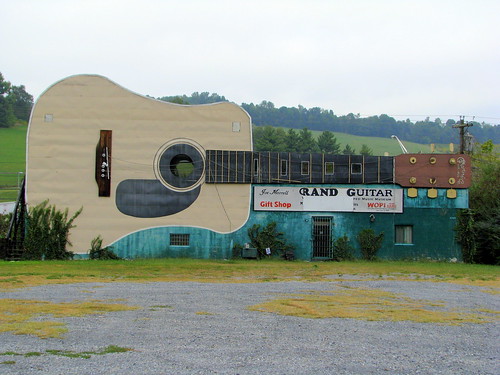 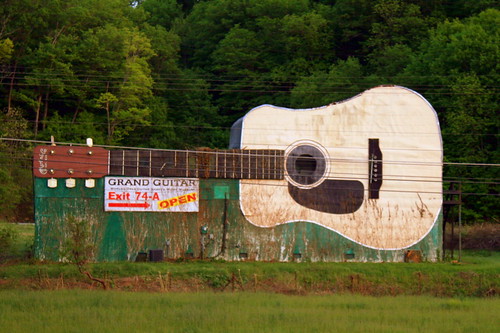 View from the rest area along Interstate 81

This had been several things over the years, but was vacant for many years. Most recently, it was Joe Merrell's Grand Guitar Museum and Gift Shop.

This spot is strategically placed where you can see it from the Interstate, I-81, near the TN/VA border in Bristol. The street in front is US11W.

The Guitar was 70 feet long and three stories high.

Despite the well-known building being listed on the National Register of Historic Places, it was demolished in August, 2019.

Read more from this story in Bristol's newspaper.
Posted by BrentKMoore at 9:00 AM No comments: 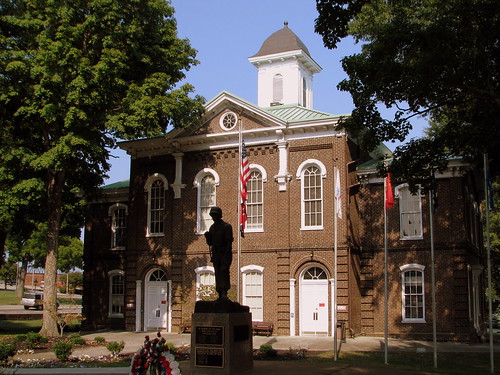 The photo above is of the Loudon County Courthouse in 2010.

"Flames burst through the roof of the Loudon County Courthouse on Tuesday evening as firefighters worked to battle a blaze that broke out at the historic building.

Crews with the Loudon and Lenoir City fire departments responded shortly before 6:30 p.m. to the courthouse, located at 601 Grove St. in downtown Loudon. They quickly called for backup.

Heavy smoke could be seen pouring from the roof of the building, which dates back to the 1870s and is on the National Register of Historic Places."

Read the entire story from the Knoxville News Sentinel.


Also, check out this second story which deals with the aftermath of the blaze and includes some day after photos.

Hopefully, enough of the building can be salvaged so that it can be rebuilt to its former glory. Below are two more photos of this courthouse, another from 2010 and one from 2006. 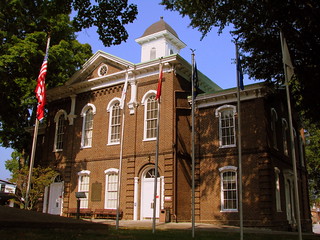 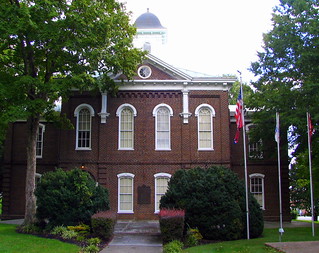 Posted by BrentKMoore at 10:09 PM No comments: 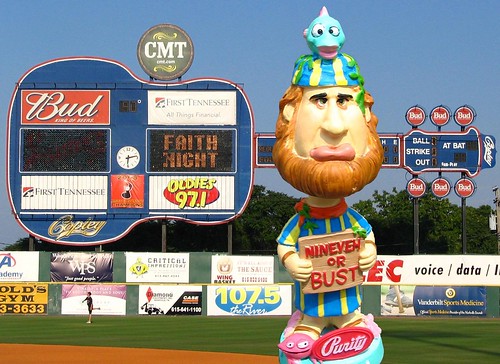 Greer Stadium, the previous stadium for the Nashville Sounds, was unremarkable except for the Guitar-shaped scoreboard. If you have $54,000 lting around, you can now bid on it.

Read the story from the Tennessean newspaper.

Posted by BrentKMoore at 9:22 PM No comments: