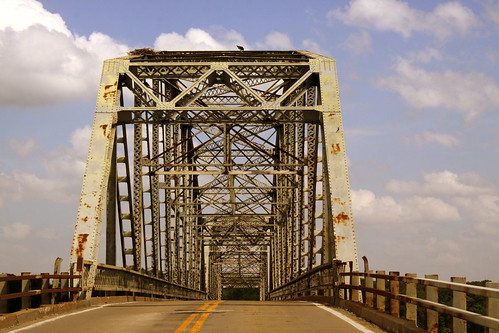 Henry R. Lawrence Memorial Bridge
Also known as the Lake Barkley US68 Bridge in Trigg County, KY, this was built in 1932 to cross the Cumberland River. With the building of Barkley Dam in 1966, the river became Barkley Lake, so the bridge had to be raised and extended. The main through truss is about 320 feet long and the total length is 3,104 feet.

Here is some video of the crossing the three historic bridges at Land Between the Lakes:
www.youtube.com/watch?v=DsUjtvvqyNs

This bridge was demolished on April 11, 2018. You can see a news clip with video at this link.
Posted by BrentKMoore at 1:16 PM No comments: 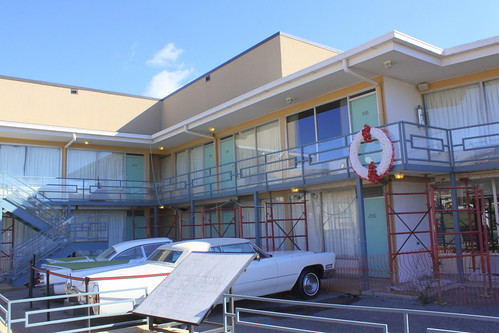 Walter Bailey purchased the Windsor Hotel in 1945 and renamed it the Lorraine Motel. Located close to the center of Memphis, during the days of segregation the motel catered to an upscale black clientele.

Posted by BrentKMoore at 10:46 AM No comments: