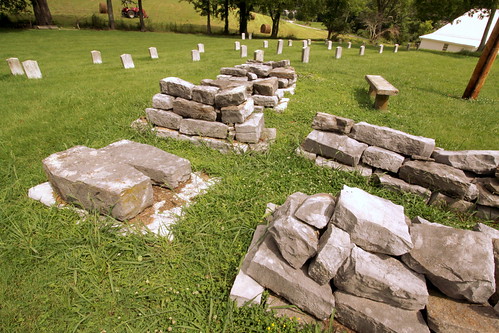 Beech Grove Cemetery is located atop a hill in Coffee County Near Interstate 24 exit 97, for highway TN64. Here is the cemetery's marker:
Originally the site of a pioneer cemetery, many early residents are buried here. In 1866, returned Confederate soldiers, under the leadership of Maj. William Hume and David Lawrence, collected and reinterred here the bodies of soldiers who fell at isolated places in the Beech Grove - Hoover's Gap engagement. June 24-26, 1863.
This cemetery has been restored by the State of Tennessee, with the assistance of members of its Historical Commission, and the committee composed of the following citizens:

There are some confederate graves in the background which are typical of a military graveyard with simple markers uniformly in rows. However in the foreground are the graves of early area settlers with rocks stacked atop the graves. On the left are the graves of two young children, each represented by one stone
Posted by BrentKMoore at 7:30 AM No comments: 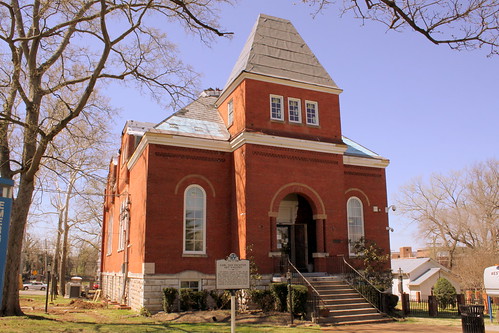 From the historic marker:
This building, completed in 1889, was the first gymnasium at any predominantly black college in the United States. In 1949, it was rededicated as an art gallery and named in honor of Carl Van Vetchen, a New York Music Critic, author, photographer, and art collector who encouraged Georgia O'Keefe to donate to Fisk University part of the art collection of her late husband, Alfred Stieglitz.

The building is undergoing renovations when I visited here in the Spring of 2015 and will reopen in 2016. The Gymnasium / Gallery is on the National Register of Historic Places as a contributing property to the Fisk University Historic District.
Posted by BrentKMoore at 7:30 AM No comments: 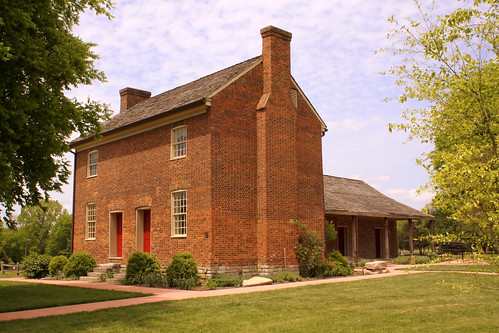 The house was built from 1787 to 1788 by Captain William Bowen, a veteran of Lord Dunmore's War of 1774, the French and Indian War of 1754 to 1763, and the American Revolutionary War who brought his family to the area in 1785. His son, William Russell Bowen, later lived in the house. His grandson, Brigadier General William Bowen Campbell who served as Governor of Tennessee from 1851 to 1853 and U.S. Congressman from Tennessee from 1837 to 1843, was born in the house in 1807.

It is the oldest brick house in Middle Tennessee. The bricks were imported from Lexington, Kentucky. The original plantation area around the house is now the home of Moss-Wright Park. The Bowen-Campbell House Association as well as the Tennessee Historical Commission, restored the house in 1976. In 1977, the structure was placed on the National Register of Historic Places. Archaeologists found the family cemetery on the property in 1995 and restored it in 1996. It is open for tours as part of Historic Mansker's Station.
Posted by BrentKMoore at 2:57 PM No comments: 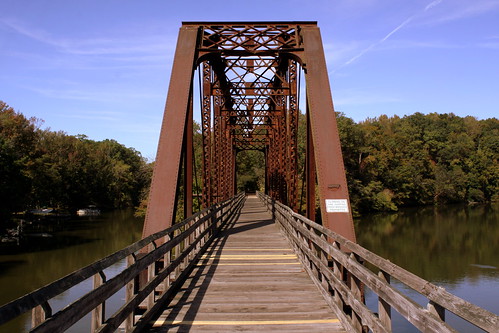 This bridge was originally built in 1901 by the Tennessee Central Railway as they extended their rail line from Nashville west to Clarksville. Around 1990, the tracks west of Ashland City were abandoned and soon many people wanted to convert the old railbed and this bridge to a pedestrian trail. With a partnership between the Rails-to-Trails Conservancy and the Cheatham County Parks Department, the Cumberland River Bicentennial Trail was built and it utilized the old bridge. (The trail parallels the Cumberland River but actually crosses Sycamore Creek.) The iron Parker through truss bridge with a length of 550 ft. was built by American Bridge Co.
Posted by BrentKMoore at 7:30 AM No comments: 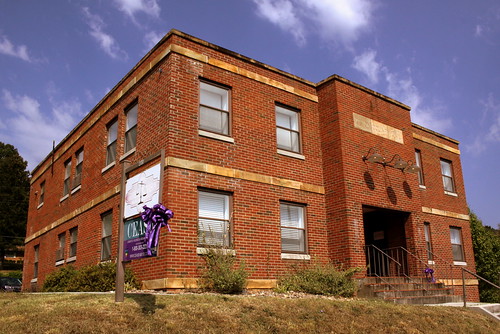 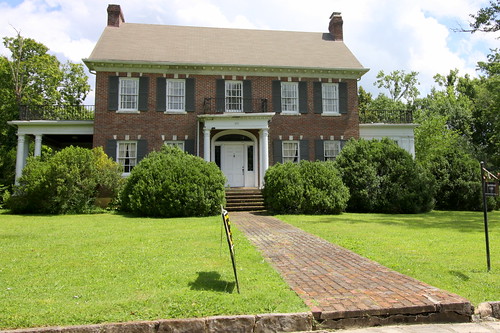 The Smotherman House was added to the National Register of Historic Places in 2018. Here is the write-up from the Tennessee Historical Commission press release.

Smotherman House (Tullahoma - Coffee County)
The Smotherman house was designed by Nashville architect George Waller and built in Tullahoma between 1932 and 1934. Landscape architect John Byars Holder designed the gardens at the same time. Fletcher Smotherman, a wholesale grocery businessman, moved from Murfreesboro to Tullahoma when he became part owner of the wholesale grocery and moved the company headquarters to Tullahoma. Smotherman directed Waller to design his new house to look like his former home in Murfreesboro. Both Georgian Revival Houses are two stories, red brick with classical entries, and flanked by one story extensions. The Smotherman House exhibits characteristic details of the Georgian Revival style in its symmetrical design, molded woodwork, and classical columns. In addition to being a well-known architect of residences in the South, Waller designed many school buildings, commercial buildings and churches.
www.facebook.com/permalink.php?story_fbid=191951697477985...
Posted by BrentKMoore at 7:30 AM No comments: 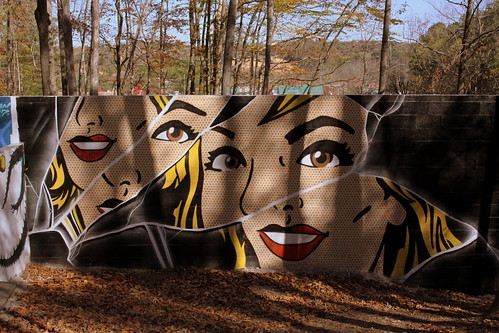 I like this one for the shattered mirror comic book look, but it's almost certainly gone now.

The Waverly Walls Art Park is a place for any graffiti artist to create new works for everyone to enjoy. The park has provided multiple walls and an artist can pick the one he or she wishes to repaint. The park requests any artist to pick a wall which was last painted over 30 days ago, and to keep the new work suitable for all ages.

The park was created in 2019 and I visited in early Nov. 2020. This is one of my favorite walls from this visit. Once I visit again, I expect each of the 80 walls to be different.

Here is their website: www.thewallsartpark.com/
Posted by BrentKMoore at 7:30 AM No comments: 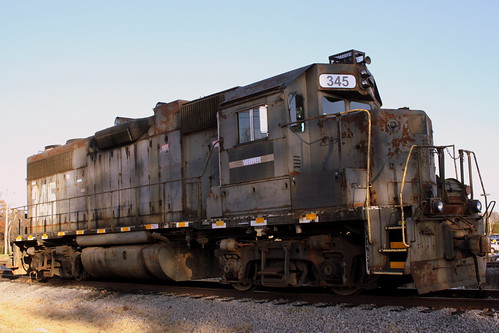 Walking Horse Railroad is a short line railroad which connects a CSX Branch from Wartrace to Shelbyville, TN. The short line is named in honor of the Tennessee Walking Horse which is prominent in the area.

The line was abandoned by Seaboard in 1985. The Bedford (County) Railroad Authority then created the Walking Horse & Eastern (WHOE) line. In 2019, it was purchase by Ironhorse which operates other short lines such as the nearby Caney Fork & Western. The line was renamed to Walking Horse Railroad (WHRR).
Posted by BrentKMoore at 8:00 AM No comments: 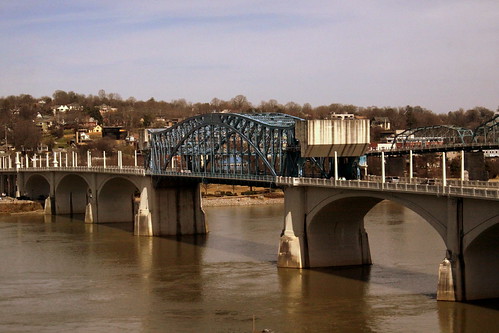 This view of the Tennessee River bridge is seen from the top floor of the Aquarium. What makes this bridge different that any other bridge I've seen is its a Double-Leaf overhead counterweight Bascule Bridge.
Posted by BrentKMoore at 8:00 AM No comments: 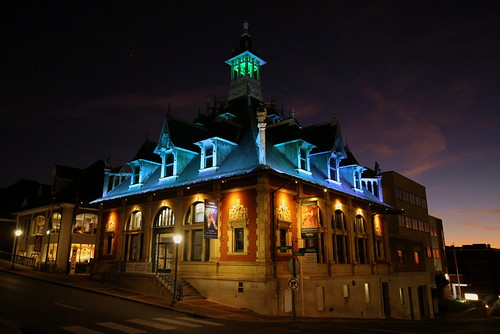 From Wikipedia:
en.wikipedia.org/wiki/Customs_House_Museum_and_Cultural_C...
The Customs House Museum and Cultural Center is Tennessee's second largest general interest museum. It features fine art, history, and children's exhibits. It is located in Clarksville, TN's Downtown District on 200 South 2nd Street. It was listed on the National Register of Historic Places in 1972 as Clarksville Federal Building. It was established in 1984 as the Clarksville Montgomery County Museum.

The 1898 portion of the Museum was originally designed for use as a Federal post office and custom house to handle the large volume of foreign mail created by the city's international tobacco business. It is built on the site of a former boarding house.

The structure was designed by the Supervising Architect of the Treasury, William Martin Aiken, in the eclectic style popular to Victorian America. Aiken incorporated many architectural styles including Stick, Queen Anne, Italianate, Romanesque, Flemish and Gothic. Its highly pitched roof with large eagles on the four corners, steep gabled windows and elaborate terra cotta ornamentation combine to give importance to a relatively small building. Contrary to popular myth, the design was not inspired by the architect's visit to China.

The building was constructed by Charles A. Moses of Chicago.
Posted by BrentKMoore at 2:34 PM No comments: