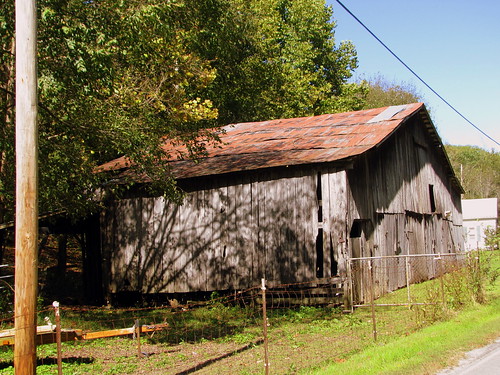 "It costs less at STERCHI'S to furnish your home"

Sterchi Barns are an elusive thing. As someone who looks far and wide for advertising barns, there aren't many of these to be found, but they're not really near each other. There's this one near blountville, this one between Pulaski and fayetteville, and my favorite one north of Fayetteville. The one here is painted similarly to the previous two. During their heyday, the were the largest furniture store in America. Long out of business, their old warehouse in Knoxville has been turned into loft apartments.

The road to find this barn is a bit of an elusive thing, too. There are two old routes between Nashville and Louisville, which have been signed US31E and US31W. From there, almost all of US31E between Gallatin, TN and Scottsville, KY has been replaced by a modern smoother and straighter highway. If you'd like a slow leisurely drive that doesn't take you anywhere fast, I'd suggest you get your GPS and drive the old winding road between the two cities. This barn is a couple of miles north of Westmoreland. Before the days of US highways having numbers, back when they were called Auto Trails, this was known as the Andrew Jackson Highway, which follows a small stream through the area. This route dates back to 1911 and connected Chicago and New Orleans via Nashville.

There's one more thing that's been elusive. Sadly, that's been me taking a photo of the barn I could be happy with. The day I stumbled across this place, I noticed there was nowhere to pull over and there was just enough traffic that I couldn't just stop in the street. The same ad is painted on both sides, and I drove back and forth past it a couple of times. Then, I found on what otherwise would have been my best shot, the sun was hitting the roof is such a way to wash out any evidence of writing. I made a return visit a few months later and again I didn't get a good shot, plus the barn's owner didn't take too kindly to me taking a picture of his barn. (at least that was my impression, I didn't stay any longer to find out.) It pains me that I'll settle with the photos uploaded today, where I've picked one from each side, one from each visit. 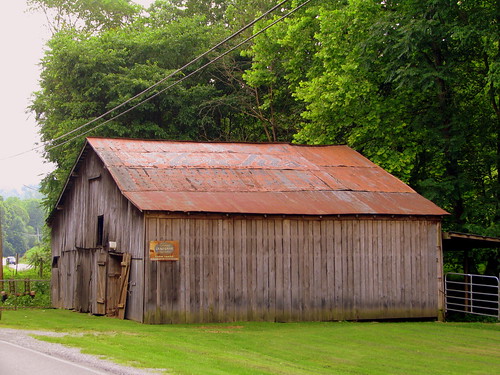 Posted by BrentKMoore at 7:30 AM