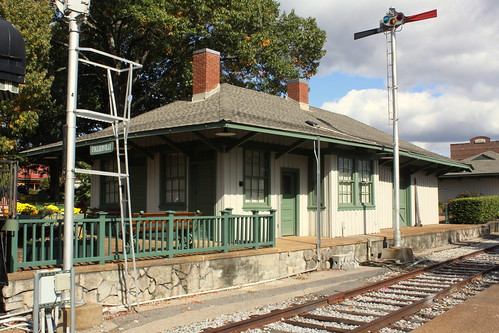 The train station in Collierville, TN was originally built by Southern Railway for the town of LaGrange, TN. Then, in the 1940's it was moved to Collierville. In 1976, Southern realized there would be no more passenger service and the depot was given to the city and moved to its present location. Now it is on the town square and off of the quite active NS main line.

now is open as a train museum, which is under the oversight of the Memphis Transportation Museum. There are still some tracks that lead up to this station where the museum has some rolling stock on display. You can read more about the museum here: www.commercialappeal.com/entertainment/museum-on-a-roll
Posted by BrentKMoore at 8:00 AM